Paige has had extensive site selection experience as he was the Western Regional Real Estate Manager for Aaron Rents. Paige was able to facilitate and expand the major retail expansion for Aaron Rents in the Western United States.

Paige also worked for the Arizona Department of Commerce as the Northern Arizona Representative, assisting companies to expand or relocate to the State of Arizona with projects related to injection molding, warehouse/distribution, back office, agro-business, bio-tech, high tech, aviation. 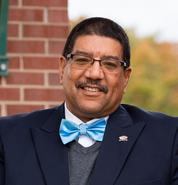 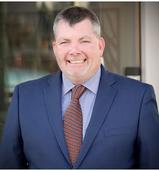 a site selection and economic development firm. In his role as Managing Director, he leads the day-to-day operations of the firm’s consulting business and the firm’s commercial and industrial real estate division, Goldstone Realty Partners.

Prior to founding Goldstone Consulting Group in 2016, Mr. Gaines held leadership roles in two
local and regional economic development agencies dating back to 2007. During that time, he was
responsible for the business attraction efforts for the communities he represented as well
business retention and expansion programs for those communities.

David is a founding member of the Northeast Missouri Development Partnership, a 14-county
regional economic development agency. He also served as the group’s first two-term Chairman
of the Board of Directors and currently serves as a member of its Government Relations Committee.

He holds a degree in Business Administration from the Ashford University – Forbes School of
Business and a Chancellor’s Certificate in International Trade from the University of Missouri-St.
Louis. He is also a graduate of the University of Oklahoma’s Economic Development Institute.
During his 30-years of business experience, David has held positions from sales and marketing to
management and ownership. He has worked in the economic development, financial services,
print and broadcast media, real estate and business services industries.

David has authored numerous articles for national publications on matters relating to economic
development and business and is a former financial talk show host for a major market radio
station. In addition, he has also been a panelist and a moderator many times on topics
concerning economic development.